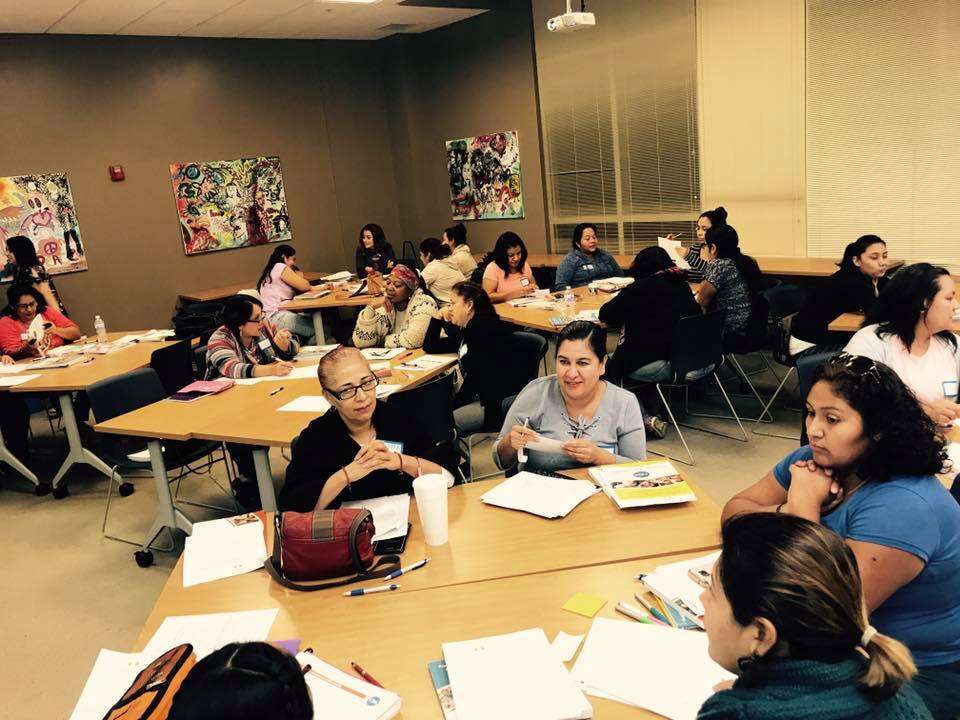 Since October 2017, 55 early childhood professionals have gathered almost weekly to supercharge their skills, knowledge and competencies as caregivers. They’re pursuing the Child Development Associate (CDA) Credentials, which is a pretty common process for professionals in the field. It’s also a requirement for aspects of licensing and Indiana’s Paths to QUALITY™ system.

Until recently, though, those educators, who gather both in the central and northern parts of the state, would not have had the chance to earn their CDA. Why? They happen to speak – and read and write primarily – in Spanish.

Before our Partnerships for Early Learners and Child Care Answers bilingual support team launched those two classes, Spanish-speaking providers were unable to complete the coursework in their native language. While many are able to speak both English and Spanish, the extensive reading and writing involved in CDA coursework kept the credential out of reach for them.

Just like any other CDA class, these professionals are exploring core competencies and functional areas including how to maintain safe, healthy learning environments, supporting physical and cognitive growth, nurturing social-emotional development, building positive relationships with families, managing programs and building a sense of professionalism. They just happen to be doing so in Spanish.

Working towards those learning outcomes in these classes provides students with the chance to expand their knowledge and to build a stronger professional network. Much of the learning is very hands-on, and it all aims to prepare them to educate young learners, many of whom come from Spanish-speaking families, to higher and higher standards.

This class has allowed both the individual students to increase their competency and whole programs to advance in Paths to QUALITY. Amy Torres, who has shepherded the program, reports, “There are three sites that will be advancing to Level 3 very soon, and two sites have already moved to Level 2.”

In addition to the two current classes, additional classes will launch later in 2018. In fact, recruitment is already underway – in Spanish.

PrevPreviousKay Cunningham: Educating Young Minds In the Classroom & Beyond
NextPassing on the Passion: Mother and Daughter Early Educators and Lifelong LearnersNext