The Road to Success: For One Mom’s Career and Her Son’s Education

Home
Day Early Learning
Testimonials
The Road to Success: For One Mom’s Career and Her Son’s Education

A Day Early Learning mom tells how the center has impacted both her family and career. 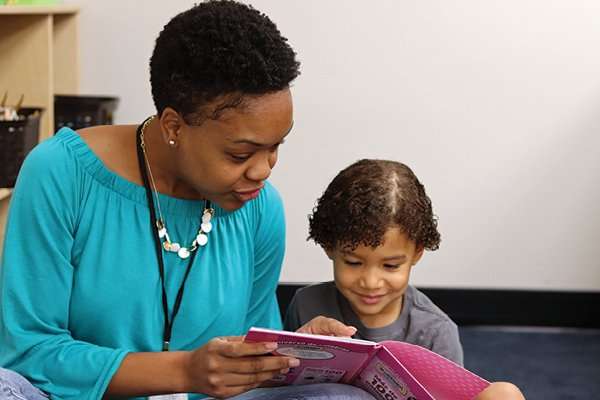 Lorenzo was almost two months old when the panic set in. His mom, Maria, knew that she was one month away from returning to work and had not yet found the perfect place to trust with the care of her newborn son. Maria had moved to the United States in 2001 seeking a new adventure and the opportunity to follow her dreams. She was well-equipped for success with a degree in education and a job in Indianapolis as an au pere. Her background and experience gave her insight into high-quality care, and the knowledge that it would not be easy to find.

“A friend referred me to the Day Early Learning Center for Infants and Toddlers, but I was very hesitant,” said Maria. However, from the moment she opened the door, she knew it was the right place. With a keen-eye for quality education and a mama’s warm heart, she was confident that this center was exactly what her son needed.

Maria had found Lorenzo’s second home. The center was designed around safety and play, and the teachers were tender, energetic and passionate about teaching. “They were consistent,” says Maria. “Every day, I was greeted with the same smile and friendly hello. I know they treated my son with the same kindness each day.” Maria appreciated that the teachers understood the emotional stress of leaving a baby somewhere new, and they did their best to make it a good experience.

“I felt like they truly loved Lorenzo,” Maria says with gratitude. She recalls the time that Lorenzo had a fever and the center called her to pick him up. Maria was in the process of wrapping up a large event at work, and it took her two hours to get to the center. She was flustered and concerned when she arrived, only to find that Ms. Stephanie, Lorenzo’s teacher, had clocked out of work an hour earlier and stayed at the center to rock Maria’s fevered baby until she could arrive. Lorenzo’s teacher also began learning Spanish to ensure that she was able to communicate with him, since he was being raised bilingually. These gestures of kindness made the center’s staff feel like family to Maria.

“Day Early Learning changed our life,” said Maria. “I would have lost everything I had accomplished in my career and life in the United States had I not found the right child care for my son.”

The emotional safety-net and certainty in care she found at Day Early Learning Center for Infants and Toddlers gave Maria a partner in raising her son, along with the assurance that while he was receiving excellent care, she could take the necessary steps to build a successful career. 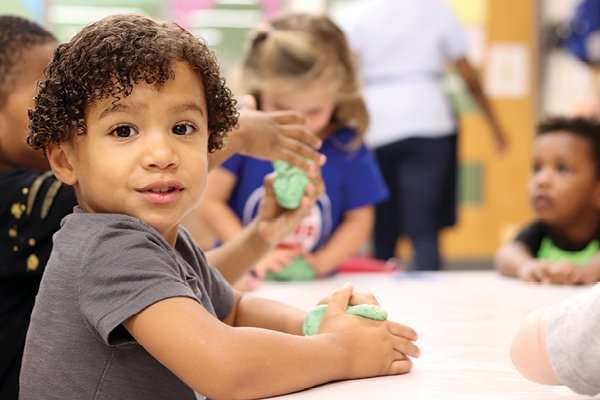 Lorenzo turned three this past year and transitioned to Day Early Learning State Government Center. Maria worried about the transition, but quickly realized that the advantage he was given at the Day Early Learning Center for Infants and Toddlers had prepared him for his next step in education. She is confident that the State center is preparing him for success in kindergarten and beyond.

“He is going to be successful wherever he lands, because he was given a strong start thanks to Day Early Learning,” says Maria.