Policy Brief: It’s Time to Smooth the Transition from Pre-K to Elementary School

Indiana can and must do a better job of aligning its preschool and elementary school programs to fully reap the benefits of early education, a new policy brief released this morning from Early Learning Indiana argues.

“Right now we have two very different systems that often don’t support one another – and we are losing opportunities because of it,” said Dr. Karen Ruprecht, Early Learning Indiana’s Director of Research and Practice. “By making some policy changes to line up Indiana’s early education system with our elementary system, we can achieve savings and ensure better outcomes for our kids.”

In 2016, Indiana spent $24 million in kindergarten remediation, the most spent on any grade level.

This is the third in a series of in-depth policy briefings examining different challenges and opportunities surrounding Indiana’s On My Way Pre-K program. The series supplements Early Learning Indiana’s “On the Road to Pre-K Expansion” roadmap, which was released in June.

Funded through a grant from the Joyce Foundation, you can view the full issue brief and additional reports here.

Stay up to date with the latest from Early Learning Indiana. 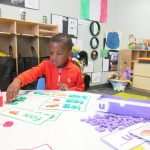 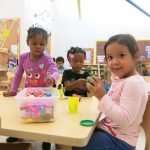